At the start of the year, international law enforcement dealt a significant blow to online criminal enterprises, taking down the world’s largest illegal online marketplace, DarkMarket. Closing the “highly lucrative” operation marked the culmination of a months-long, multi-jurisdictional investigation led by the cybercrime unit of Germany’s Koblenz public prosecutor’s office.

Founded in 2019, DarkMarket acted as an illicit marketplace where drugs, counterfeit money, stolen credit card data, anonymous SIM cards, and malware could be traded freely alongside other illicit goods and services.

Almost half a million users were active on the platform at its closure, with 2,400 vendors making 320,000 transactions worth a reported €140 million ($170 million) in cryptocurrencies.

The ‘lawless realm’ of the dark web

DarkMarket operated on the dark web, a hidden network of internet sites characterized by their use of encryption software. Accessible only via a specialized, anonymous web browser, the dark web relies on TOR, a technology released into the public domain in 2002.

TOR stands for “the Onion Router,” a name given to reflect the layers of encryption placed on dark web websites. Undetectable to the surface web, it is popular among political whistle-blowers, activists, and societies facing on and offline censorship. And its use is growing: According to TOR, 30,000 new hidden websites are added to its directories every day.

Yet the dark web’s lack of surveillance, strict user privacy, and anonymity has “cloaked illegal activity,” enabling cybercriminals to operate without a trace. Running deep beneath the everyday web, this “lawless realm” is home to a roster of illicit activity, including drug trafficking, terrorism, child pornography, and arms trading.

According to RiSSC, a non-profit working to prevent and tackle online criminal activity, this underground criminal environment is “renowned for its dynamicity.” “Its capacity to be resilient, and criminal users’ agility to maximize ‘profits’ and reduce ‘losses’” it added, “has meant prosecution within the digitally-enabled illicit markets has been difficult to enforce.”

While DarkMarket’s undoing marked a significant step in the fight against dark-web based cybercrime, the size and popularity of online illegal marketplaces continue to be a growing concern for anti-illicit trade specialists.

This is an ongoing trend. Having detained DarkMarket’s operator near the German-Danish border, prosecutors located and closed 20 further servers in Moldova and Ukraine. The seized data provided fresh leads for law enforcement to investigate dark web buyers, sellers, and moderators.

As one marketplace closes, others are revealed, meaning law enforcement are in a race against time to locate perpetrators before others take their place, protected by the dark web’s anonymity.

As demonstrated by the DarkMarket case, a coordinated, international response is critical to dismantling dark web operations. During this operation, Australian, British, Danish, Swiss, Ukrainian, and Moldovan police, the National Crime Agency, FBI, IRS, and the DEA pooled their expertise and resources. Coordinated by Europol, this cross-border alliance developed tools, tactics, and techniques to conduct dark web investigations and seize the criminal infrastructure together.

This recent bust signals the rapid innovation and technology investment required to keep pace with the increasingly evolving cybercrime network.

Last year, PMI’s Tamas Sipos highlighted technology’s role as an ally against illicit trade that can be used to unravel the web of crime driving criminal operations. This rings true still, with law enforcement continuing to embrace digitization.

Europol’s European Cybercrime Centre, for example, has established a dedicated dark web team to act as the central hub for criminal information and intelligence. It supports EU Member States by offering operational analysis, coordination, and expert technical and digital forensic capabilities. By helping to engage a wider partner network through private sector, academia, and other non-law enforcement partner outreach, it acts as a focal point to eliminate cybercrime.

“By blending human skill and expertise with innovative technological solutions, law enforcement can continue to step up their fight against the dark side of the internet” commented RiSSC. “In this rapidly-evolving market, access to real-time monitoring, intelligence, investigatory and forensic capabilities are critical. A renewed impetus to support collaboration at an international level, and across the public and private sectors, is therefore crucial to succeed and achieve tangible results in the fight against cybercrime.”

As cybercrime continues to adapt, authorities must continue to invest significant resources into their dark web operations. The DarkMarket takedown has shown that international collaboration, while vital, is not enough. Authorities must invest in the technology solutions to support their efforts to keep abreast of the criminals exploiting the dark web for their illicit gain.

GO TO THE ARTICLE AT : https://www.stopillegal.com/blog/detail/world-s-largest-illegal-dark-web-marketplace-taken-down-in-international-operation 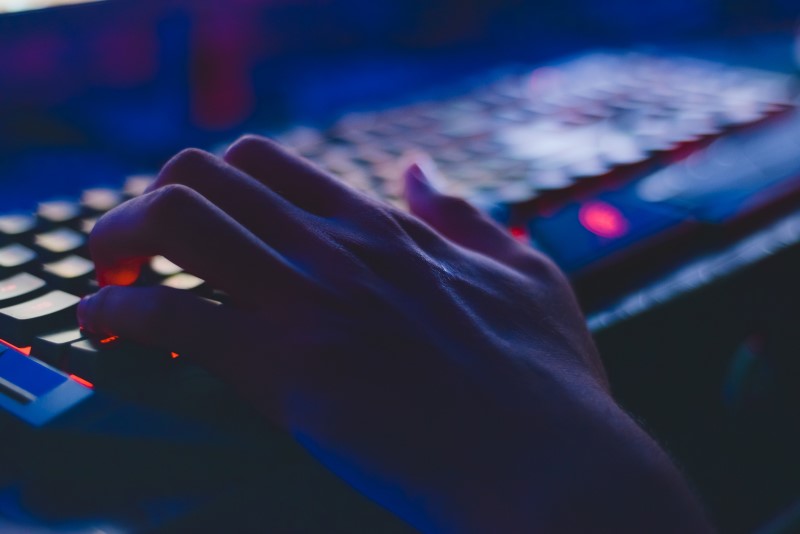